I had the unlucky fortune of getting a nasty little sinus infection last weekend and didn't get to go out shooting as I planned. I did have the pleasure of having a nice experience with the NHS over here in England. I do applaud the quality of the NHS Direct phone service, it was much better than calling the doctor on call back home. The first person you speak to is knowledge and decides whether or not the 'on call' doctor or nurse needs to speak with the patient.

When I was feeling that tickle in my throat of the oncoming illness, a helicopter crashed near the Vauxhall tube and bus stations and was only a short 3-400 yards from MI6 headquarters. The pilot and another man on the ground died following the crash.

I arrived on the scene about 90 minutes after the crash and was stuck behind the media cordon. The police offered any media with a proper UK Press Card access at the site for a limited amount of time. Since I don't have a proper card yet, I had to stay put and the first two images are my best from that set.

The remaining photos were taken on various trips I have made using the public transit system in London which is amazing. And I thought Chicago had a good transit system..


Today, since I love football, I took an adventure to Emirates Stadium before the Manchester City vs Arsenal match to take some photos of the exterior. I didn't have a ticket, so I went searching for a pub. I found this place called The Gunners (notice the logo in the first photo) which is designed for standing room only, with the game projected on a screen for all to see.

The ceiling of the pub is hard to miss (photo below) and everyone's pure, drunken hatred of the opposing team was pretty obvious. 9 minutes into the game, Arsenal's Laurent Koscielny took out City's Edin Dzeko in the area. Referee Mike Dean quickly pointed to the spot and pulled out his handy red card. The pub erupted in screaming the most diverse variety of obscenities I have ever heard. This continued any time there was a close up shot of the referee or of Dzeko.

I didn't take out my camera until the second half, when I was able to sneak into some space right in the front of the group, giving me a nice scenic look of the pub. Arsenal struggled to get back in the game, making for some very frustrating fans at the pub.

Next week Arsenal play at Chelsea, and I will find my way into another pub. 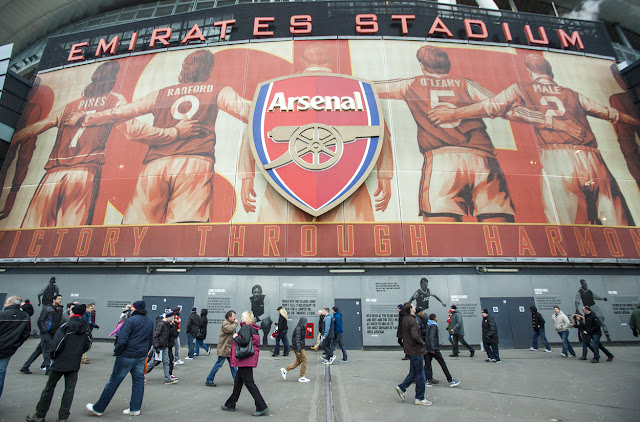 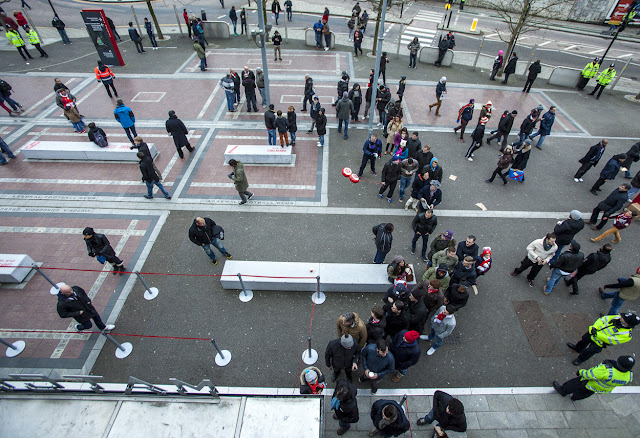 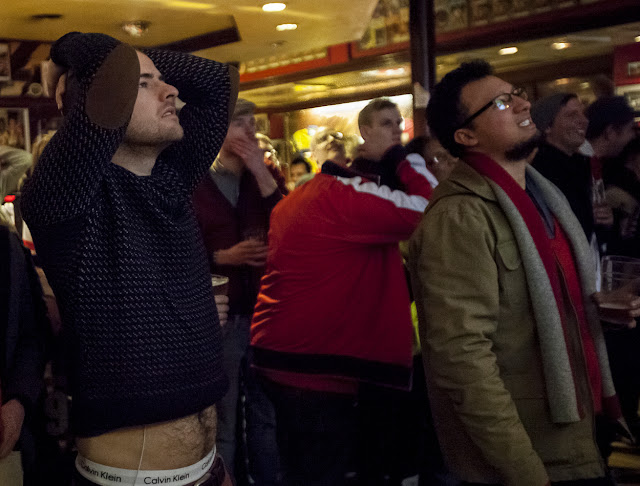 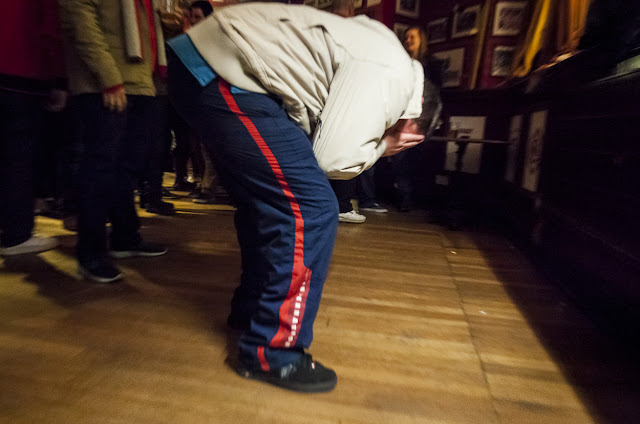 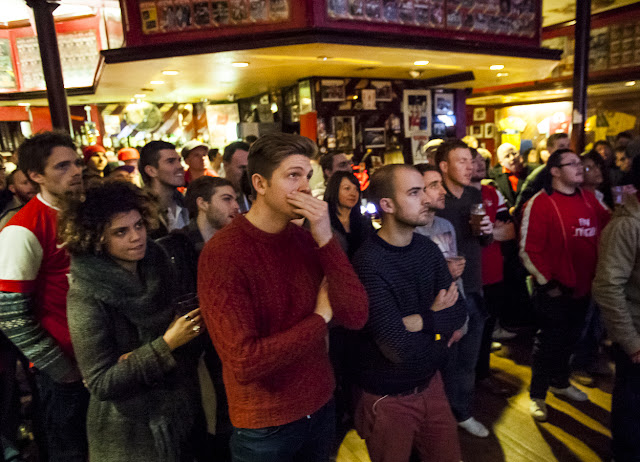 To start my new blog off, here are a few photos from my first week London. I'm studying abroad at the London College of Communication in the photojournalism course through the end of June.