I just started working at my school's newspaper, The Columbia Chronicle, and the first assignment I got was to take a feature photo for the metro section. This past weekend was the first for "Transformers 4"filming, so I checked online to find the filming locations for the weekend. I didn't look for it soon enough, so I missed Friday's filming at McCormick Place, Saturday was a slow day and wasn't worth going out for, but Sunday there was some more interesting things happening.

I went straight to 300 E. Randolph, the Blue Cross & Blue Shield building where they were filming at, and camped out there until some fun happened. After hours of waiting, they finally blew things up. The shot they were doing was part of the visual effects for when a transformer erupts from the grates to lower Randolph. They attached wire to the deformed grates they created, so that nothing would fly away and damage anyone or anything. 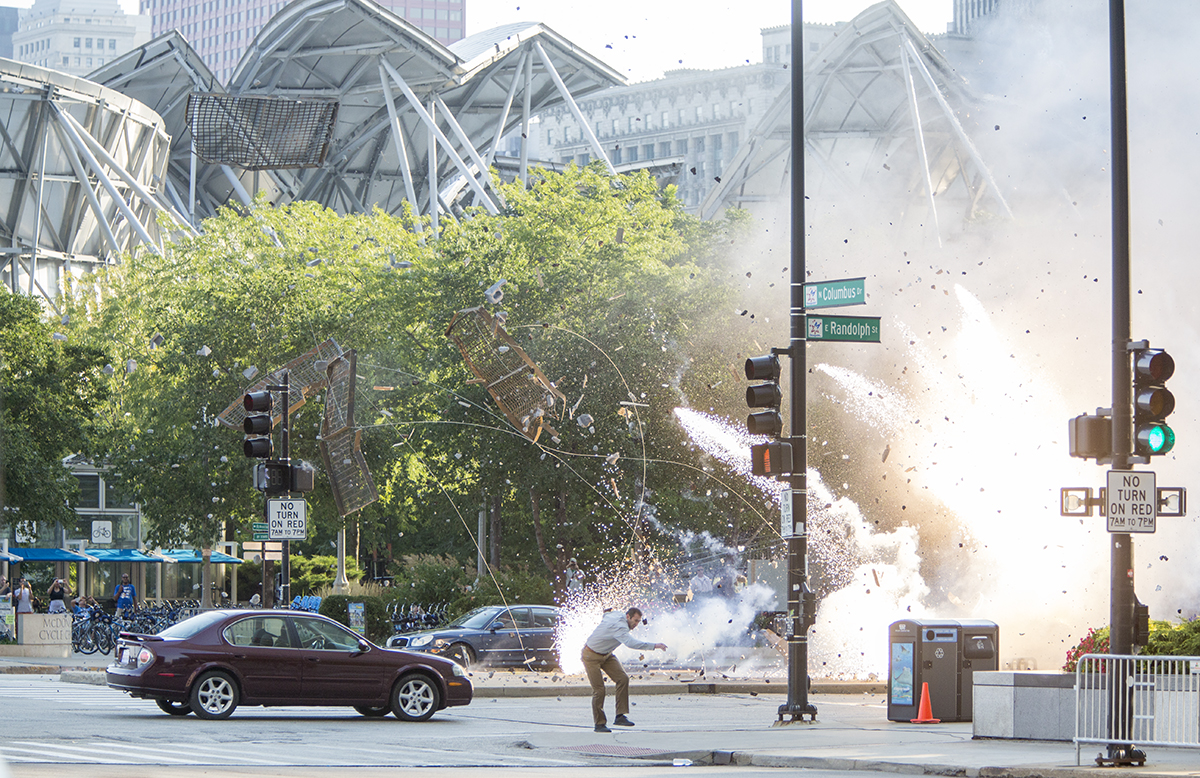