I wouldn't normally post twice in two days, but I should have a busy week and will have too much I would want to post.


I was lucky that a friend told me about a church service that clowns attend on the first Sunday in February. After doing some research, I find out that the service is an annual tradition at Holy Trinity Church in memory of the most celebrated English clown, Joseph Grimaldi.

In one article I read they state, "Arrive early as press photographers come out in force and take up a large section of the church." They weren't kidding, there were at least 20 photographers during the service, but I'm not sure how many were official press.

When I arrived at the church, there were only maybe 4 photographers outside and the clowns were slowly making their way in. There were two vans that were parked just outside that belonged to some of the clowns, which they had to keep going into to get some additional props for themselves or for other clowns.

During the final preparations before the service began, all the photographers were addressed on etiquette to practice during the service. They had us positioned in the front of the church and wanted us to stay away from the middle aisle. For the most part everyone respected that, other than photographers who scurried across to switch sides. I stayed on the same side the entire time, and was happy with what I got.

Below are a few of my favorites. 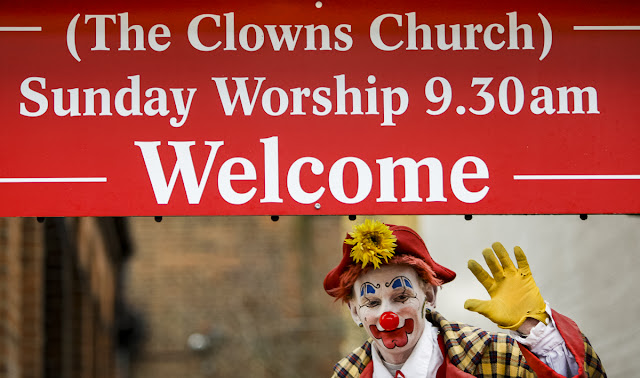 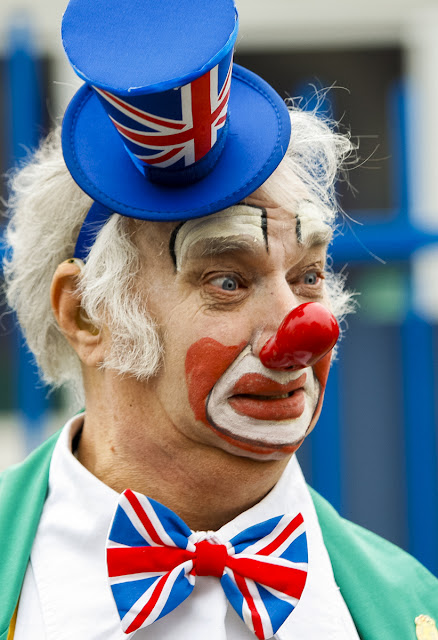 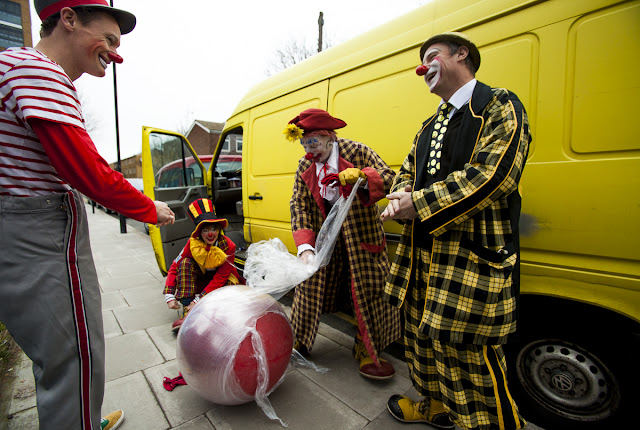 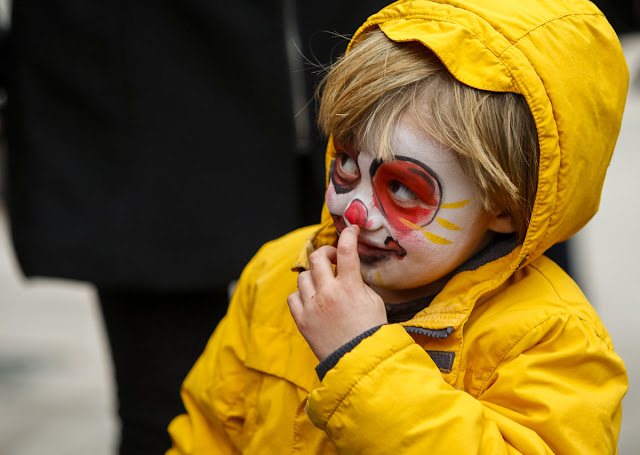 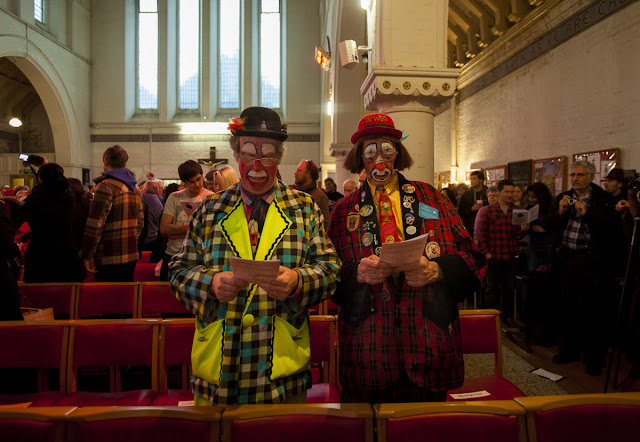 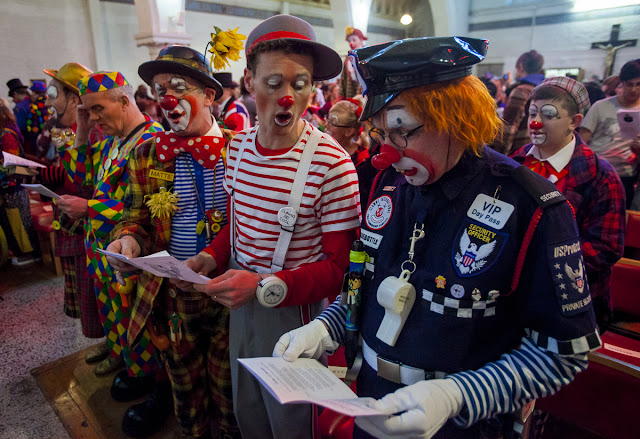 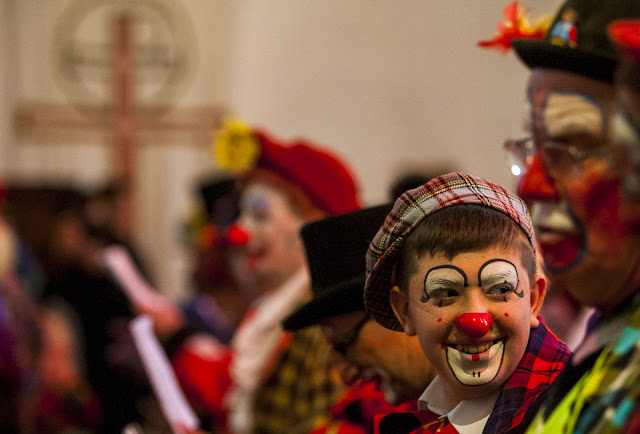 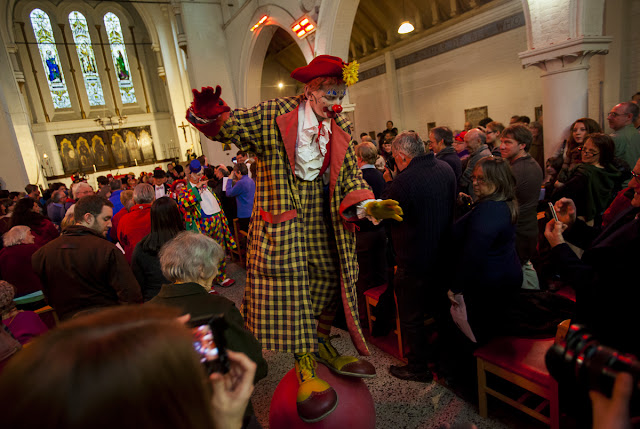